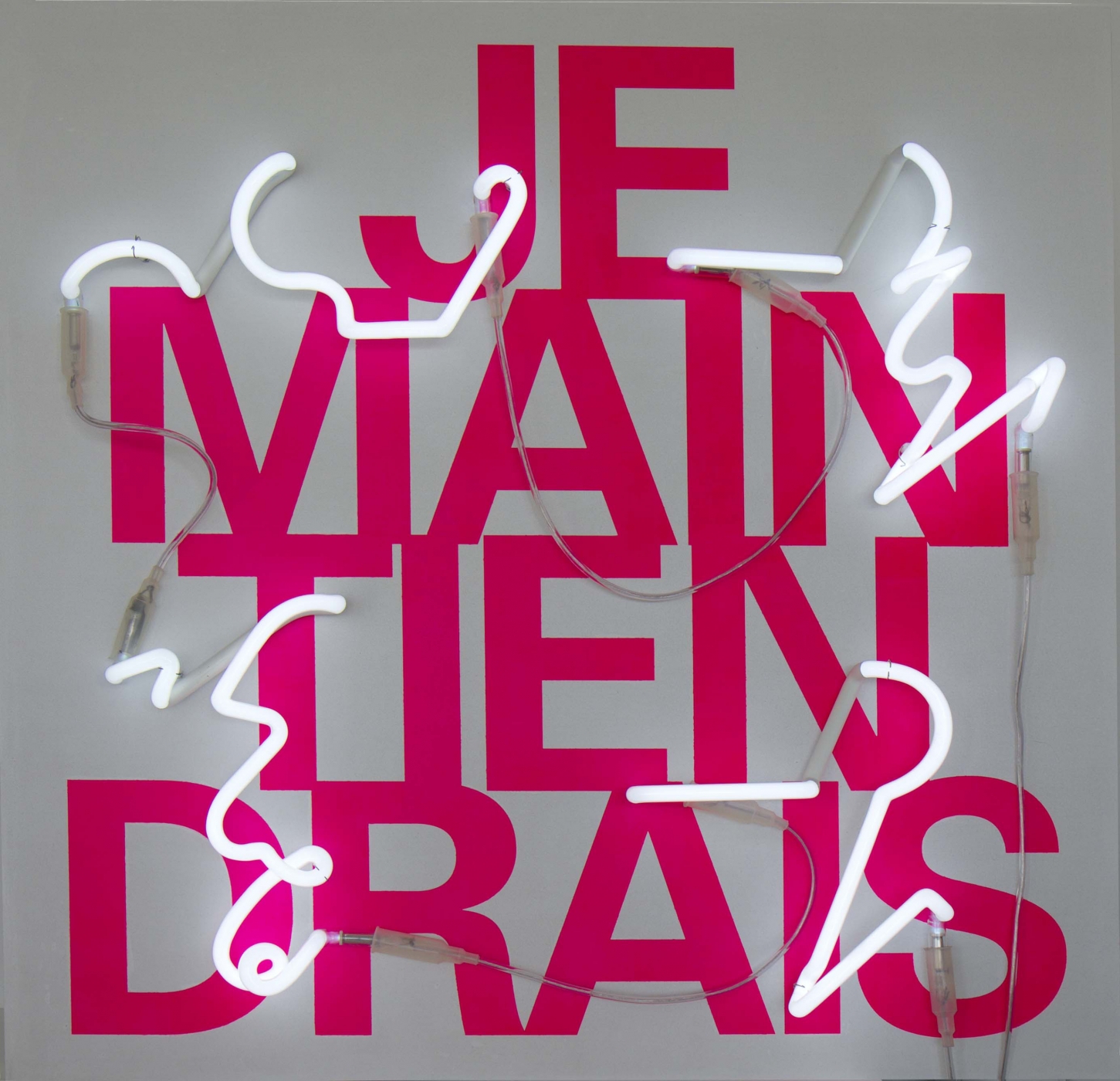 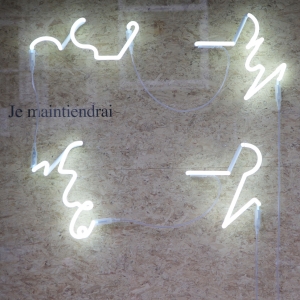 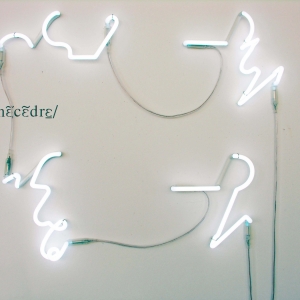 The Dutch heraldic device 'Je Maintiendrai’ ('I will maintain’ in French) is normally bent in the future simple – usually used to express a future projection, a commitment or a promise. Given the elusiveness of the future in today's world, it would make more sense to use the present conditional to express an uncertain projection in the future. The Dutch weapon will then be changed into 'Je Maintiendrais’.
‘Je Maintiendrais’ is also executed in four different stenographic systems. Stenography was used to be taught mainly to women, a parallel with one of the writing systems from Japan: Hiragana. During the Heian period this writing system was called 'onnade' or women's hand, because it was mainly used bij women, less educated than men, for writing literature.